Compatibility testing includes verification of the ABO & Rh type of the donor blood and the following tests on recipient’s blood:

A sample must be obtained from the patient within 3 days of the scheduled transfusion for compatibility testing if any of the following conditions exist:

Testing of a new sample is necessary because a patient can develop a primary antibody response at any time within the first three months following immunization.

ABO typing is accomplished by:

The ABO system is unique because plasma has naturally occurring antibodies to the ABO red cell antigens that are absent from his or her own red cells. These antibodies are the basis for ABO compatibility criteria when selecting red cells and plasma for transfusion

Determination of ABO blood groups is the most important pretransfusion compatibility test. If tests are done to insure that donor and recipient belongs to the same ABO blood group, then even if no other tests are done, the donor’s red blood cells will be compatible with the recipient’s plasma in about 97% of cases.

Selection of RBC Units When ABO Specific Blood is not Available

When ABO specific blood is not available, it is important to use RBCs that are still compatible with the recipient’s serum; that is, crossmatch compatible. Donor RBCs must not contain A or B antigens that react with the anti-A or anti-B present in the recipient’s serum. In this situation the large amount of anti-A or anti-B in the recipient’s plasma would bind to transfused ABO incompatible RBCs and cause hemolysis. The reverse situation, in which the recipient’s RBCs have an antigen that reacts with an antibody in the donor’s plasma, is not as important. In this case, the small amount of antibody present in the 100 mL of plasma remaining in a RBC unit is rapidly diluted about 30 fold in the recipient’s plasma before the antibody can injure enough RBCs to be clinically apparent. The following table summarizes the proper selection of RBCs for Rh positive recipients when ABO group specific blood is unavailable.

Rh typing is performed so that Rh positive red blood cells will not be given to an Rh negative recipient. This prevents Rh immunization in patients without pre-existing anti-D and prevents hemolytic transfusion reactions in patients who have already developed anti-D antibodies.

The presence or absence of the D antigen in the Rh blood group system defines whether a person is Rh-positive or Rh-negative. About 85% of the US population is Rh positive and 15% is Rh negative.

In contrast to the ABO system, patients with D-negative red cells will not make anti-D unless they have been immunized previously by exposure to Rh positive red cells via fetomaternal transfer during pregnancy or prior transfusion.

Multiparous patients may no longer have detectable anti-D antibody, but transfusion may cause an anamnestic response and a delayed hemolytic reaction. Administration of Rh positive blood to an Rh negative female of childbearing potential could stimulate the synthesis of anti-D IgG and cause hemolytic disease of the newborn during a subsequent pregnancy.

In the indirect antiglobulin test (IAT), patient serum is incubated with commercially available normal red cells to allow in vitro coating of red cells. After incubation, the red cells are washed to remove unbound immunoglobulin and tested with anti-IgG. If antibody is present in the patient’s serum, red cells become coated with antibody and are agglutinated by the antiglobulin reagent. Thus, the IAT detects the presence of antibody in serum.

The antibody screen detects alloantibodies and autoantibodies in patient plasma, which have specificity for red blood cells. Red cell antibodies are detectable in up to 2.6% of the general population and more commonly in individuals who have been previously transfused. This test is performed by incubating patient plasma with two or three commercially available group O RBCs that have been extensively antigen typed. The FDA mandates that red cells for antibody detection possess the following antigens: C, D, E, c, e, M, N, S, s, P1, Lea, Leb, K, k, Fya, Fyb, Jka, and JKb. Although not required, it is generally agreed that homozygosity for C, D, E, c, e, Fya and Jka is also preferable. The test is performed under conditions that detect clinically significant antibodies reactive at 37°C and the antiglobulin phase. It is designed to detect most unexpected antibodies to common red cell antigens other than anti-A or B.

Screening cells cannot possibly be positive for all of the antigens that have a low frequency. Therefore, it is possible to get a falsely negative antibody screen. For example, if a patient has an antibody to Kpa and the screening cells are negative for Kpa antigen, the antibody will not be detected. Fortunately, the incidence of Kpa antigen is about 1%, so the likelihood of selecting a unit for immediate spin crossmatch that would be Kpa positive is very low. However, if a Kpa positive unit was selected, an immediate spin crossmatch would not detect any incompatibility and an incompatible unit would be transfused.

Polyethylene glycol (PEG) is a macromolecular additive within a LISS that brings antibody sensitized red blood cells closer together and promotes antibody cross-linking and enhancement of agglutination reactions. PEG is more effective than LISS alone in detecting weak antibodies.

The last step in compatibility testing is to perform a crossmatch, which consists of testing patient serum against a sample of red cells from the actual RBC unit that has been selected for transfusion. There are two types of crossmatches; immediate spin (IS) and anti-human globulin (AHG). If the antibody screen is negative and blood bank records show no previous history of antibody, an IS crossmatch is performed. However, if the antibody screen is positive, antibody identification and selection of antigen negative units must be completed prior to performing an anti-human globulin (AHG) crossmatch.

A crossmatch consists of testing patient serum against a sample of red cells from the actual unit that has been selected for transfusion. There are two types of crossmatches:

Several studies have shown that there is a small risk of missing antibodies when the antiglobulin phase of the crossmatch is not performed. The risk has been estimated to be 1 miss per 10,000 crossmatches. However, the risk that one of these missed antibodies will cause a hemolytic transfusion reaction is only 1 case per 500,000 crossmatches.

The following information must be included with a crossmatch request:

The antibody screen can sometimes be positive when one or more of the crossmatches are negative. Some reasons are:

Occasionally, one or more crossmatches may be positive when the antibody screen is negative. This discrepancy may occur because: 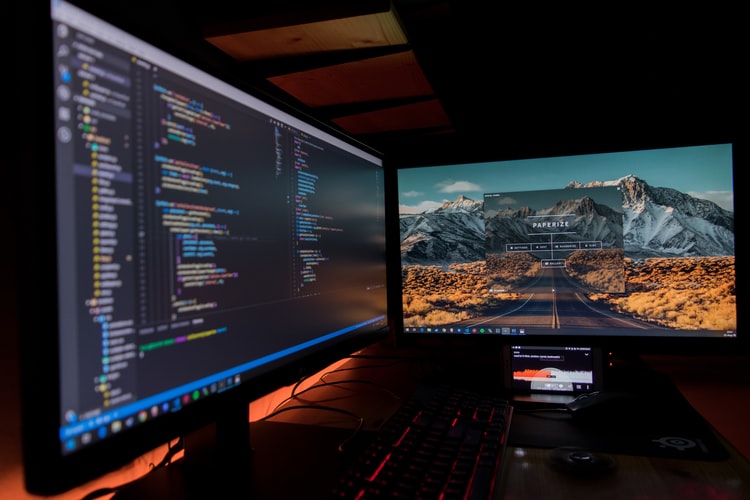